Shannon continues her writing on the impact of abuse. You can read the first part of her blog here

I’m sat here looking at my notebook, the book I wrote everything down in when I was having my counselling and it’s like I’m scared of it. I’m scared to open it and reveal the things I’ve tried so hard to forget about.

I wrote Abuse – Part 1 over a month ago with the intention of writing Part 2 the following week but when it came to it I just wasn’t ready to put pen to paper. That chapter of my life has finished and writing this post means I have to reread the pages I’ve tried so hard to forget about. But I know it’s something I have to do.

What I’m writing about in this post is from my point of view and what’s happened to me. I’m in no way saying all guys are like this or that this only happens to girls. Abuse can happen to anyone, at any time and at any age so what I’m writing applies whether you’re female or male.

I wanted to write this post as there were things that happened to me in my first relationship that I thought were normal and I know other people who have been through similar who also thought it was normal for their partner to treat them in such a way.

I’d never been in a relationship before so I never knew what it was supposed to be like. If I wasn’t happy about something I’d always question myself on whether I was overreacting or if it was my anxiety making me look in to things. I’d ask my friends and family for their opinions on things that happened as I never trusted my own judgement. This used to cause so many arguments as he’d say I was getting people involved in our relationship when it should be kept private and would comment on how I could never think for myself.

I know it’s a confidence issue with me that I’ve had for a long time and something I need to overcome. I need to learn that if something doesn’t feel right for me or if I’m not happy about something then I should trust my own instincts. And this is something which I’m still working on now.

It sounds silly but I had never been around this behaviour before. I’d seen it on TV and in films but I always just thought these things don’t happen to people like me. You never think it will actually happen to you.

I thought I had my life sorted. I’d got what I’d always wanted. The first guy I’d properly dated and the first guy I’d ever kissed, turned in to my boyfriend, who would then turn in to my husband. My life was going in the exact direction I wanted it to. I’d always had a life plan and it was actually going to plan. He had a nice car, good family, well paid job and lived in a nice area. I used to think to myself I can’t believe how lucky I’ve been to meet someone like him. I never for one minute thought he’d be the type of person who would do this to me. But as the saying goes looks can be deceiving and no one knows what goes on behind closed doors. People aren’t always as they seem.

I’ve put together a list of things that happened to me and I hope it can give other people the strength and courage they need to recognise that these things are NOT OK.

◾Telling someone whose virginity you’ve just taken that they’ve put you in the lead as you and your friends are having a competition of how many people you can sleep with. Then texting your friends to tell them what number you’re on now – NOT OK. This happened to me the first time I slept with him and I cried so much and he found it funny and just left me crying. He knew how much I wanted my first time to be special and he ruined that experience for me

◾Telling someone what they can and cannot wear. Whether it’s clothes, makeup, shoes – NOT OK

◾Using sex as a way of getting what you want. For example, whenever I said I was thinking of going out with friends, he would always say if I did then he’d go to a strip club. He knew that this was a major trigger for me as I had so little self-confidence and he knew that him going to the strip clubs made me feel even more insecure. So he’d get his way and I’d end up not going out with my friends – NOT OK 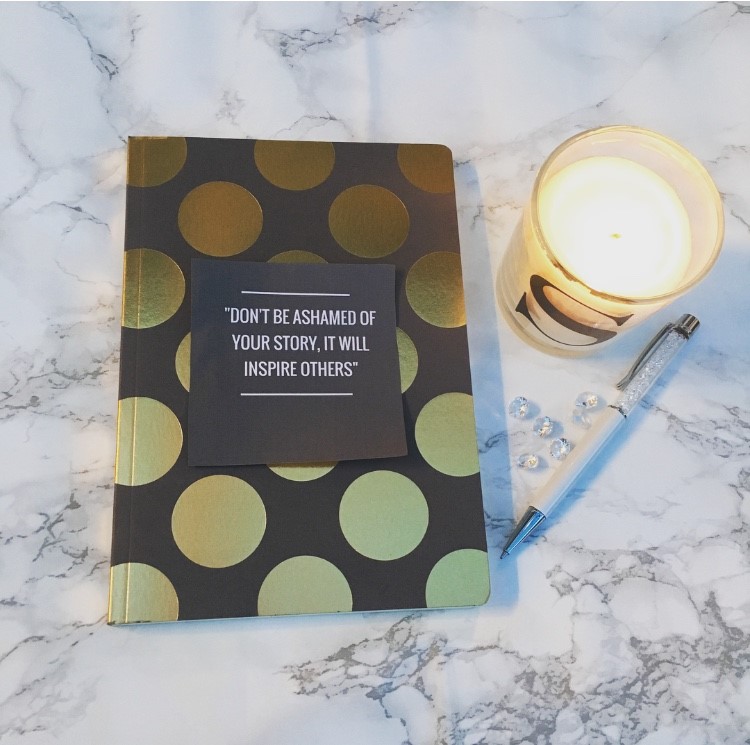 ◾Lying that you’ve been tested for an STI when you haven’t, which puts someone’s health at risk – NOT OK

◾Copying someone elses personal documents, for example, from their laptop, without their permission  – NOT OK

◾Saying things like “You must’ve gone off me” or “You must be cheating on me and that’s why you don’t want sex”. Using these type of statements in order to get what you want – NOT OK

◾Not allowing someone else to have social media – NOT OK

◾Telling someone if they leave you, you’ll crash your car and kill yourself and they’ll be to blame. Making someone stay with you by threatening to do something like this – NOT OK

◾Blaming other people for your mood swings – NOT OK

◾Saying you’ll leave someone if they don’t do exactly what you want when you want, always threatening this as a way of getting what you want – NOT OK

◾When the other person has already told you NO but you continue anyway, and then say afterwards “You have to stop doing that because it makes me feel rapey” to which I asked “If it makes you feel rapey then why do you carry on?” and his reply “Because I knew you’d enjoy it once you got into it” – NOT OK

Some of the above I’d of probably laughed at before and I definitely would have questioned why you’d stay with someone who was treating you like this. But it’s not that simple. These people are manipulative and when they tell you it’s your fault, you believe them, no matter how strong a person you are. They know exactly what to say and how to manipulate the situation so it’s always your fault. I was always really strong minded and I thought I knew exactly what I would and wouldn’t put up with. But they have a way of getting inside your head so, how strong you are, doesn’t even come in to it.

I now know that there were a lot of signs which I should have noticed but as they say love is blind and sometimes you see the signs but choose to ignore them in the hope that things will change.

I realised after talking to one of my friends who had been through a similar thing to me that it’s like these people have an instruction manual that they all read.  A lot of the things that happened to me also happened to my friend in exactly the same way. The things he said to her were word for word what my ex said to me.

I remember seeing an advert for Disrespect Nobody and I laughed at first. I said to my friend “Why would you need to consent to sex every time if it’s with your boyfriend. That’s kind of your job to do everything you can to make him happy”. I know a lot of people who feel and think the same way that I did. I now realise that this isn’t the case. It’s your body, it’s your decision and you should only do what you want to do.

If it causes an argument or even a break up then you need to think is this person really the right person for you anyway?

Any form of putting someone down or deliberately hurting another person is abuse, no matter how small it is. It is not ok and we should never have to just accept it.

I was naive and saw the world through rose tinted glasses, I still do for some reason, only ever seeing the good in everyone. But I won’t let someone else change that about me as I believe it’s a really nice quality to have. And I know one day I will find someone who appreciates this about me rather than using it to their advantage. I’m in no way over what happened but I am slowly starting to accept it and move on.

If you’re reading this and thinking that it sounds similar to the situation you’re in, please don’t just brush it under the carpet or make excuses for the other person. It’s not ok and you don’t have to put up with it. It’s also not your fault so don’t ever blame yourself.

Just know that you are not alone and there is always someone who can help.