This powerful story comes from Lily, one of RSVP’s inspiring clients. 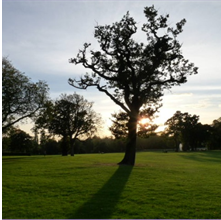 Reporting the incident to the police was very difficult for me as I no longer trusted people and did not want to be labelled any more. I was frightened by their suggestion that I contact RSVP, although eventually I did pluck up the courage to do so. I was extremely relieved – they were really caring about helping me manage my anxiety, and with their support, I realised how exhausted and overwhelmed I was with being silent. With the help of RSVP and the police I have now been heard.

Passing information about attacks to service providers for almost 20 years, I had been ignored – rather, I was seen as a dysfunctional woman, passed from service to service and allowed to fall through the net. Was this really the easier alternative for each and every one of those service providers with whom I came into contact? I still question this. This attitude by society further contributed to my silence and gave platform to the perpetrator’s abuse.

Silence is not always a Matter of Choice

With a couple of incidents already dismissed by me as ‘out of character’, the most serious incident occurred one night, several years later. As I lay asleep in bed, with the children in their rooms next door and their doors open, I was woken being raped by my husband. I leapt out of bed and, conscious of the children, quietly ‘screamed’ at him asking him what he was doing. I rushed into the bathroom. I felt filthy, and the sensations experienced were not those that I wished to have. I haven’t been able to get clean since, and don’t talk about this as it would almost feed the story I want to forget. He left the bed, swearing, angry at being discovered and stormed downstairs.

Aside from making one phone call the next day to someone who should have known better how to respond to distress from close family, but didn’t, the next day was, and still is a blur. It wasn’t for many years that I was told that I’d made another call to friends, who on arriving saw the distress of my children and me. I have no memory of this.

My silence was driven by shock and fear. I felt locked in, claustrophobic, with flashbacks characterising my life. Nevertheless, it was important that my children had their life without knowing the depths to which their father would stoop. This was so, so hard.

I survived by presenting him as a perfect person, and in many ways he was: good-looking, extremely talented, very charming, yet he had nothing positive to say about me, ever. He drank his way through all day, every day, from the first day I met him, I never considered that this shaped his behaviour, but it did.

My head was in a constant turmoil following this incident. I did not know how to handle this turn of events. I made excuses to myself about his behaviour. I felt powerless, panicky, dirty and embarrassed, but desperately wanted the children’s father to be the person I thought I knew he was – the face he presented to others. My levels of anxiety and panic just grew and grew with his mounting unpredictable behaviour. 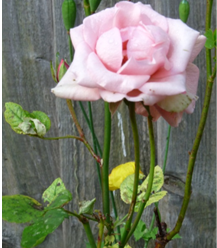 I struggled increasingly to respond to peace, with the result that I was seeking out situations where I would be uncomfortable just because they were more familiar to me. Peace although my preference, was now out of my comfort zone and caused a sense of panic – I am naturally a very shy person and work best with familiarity. Gradually, my personality was changing from one where I always saw the best in people, to one where I was initially suspicious and distrusting. Adopting a tough exterior, I struggled inside to cope with many situations, and failed to explain this to others. This was written off as my ‘being difficult’. I tried hard not to let my children see this, but I can see now that it must have become apparent. 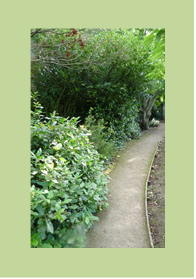 Whilst I have always survived, there are several important parts that contribute to my recovery, and which have enabled me to start to feel free. Perhaps the most important are being able to voice my experiences, being listened to and believed, and with support given to help me make informed choices about what I want to do for me.

As I try to build a new life, I feel stronger and more energetic as I am confident about my truest friends and family. Being able to trust myself has been a critical part of my personality to build on for myself, and I use this to reflect on how I am when someone shares even one tiny part of their trauma with me – I feel humbled that they have been able to do this. I feel honoured that they consider me worthy of hearing their story, and I use this as a spark to ignite my fire where my soul can sing again by supporting others to voice their experiences.

It can never be acceptable to ignore the voice of someone who reports rape and violence. Our society has to change, and organisations such as RSVP and ourselves, the survivors, we are the positive power force, who are critical in raising awareness and driving change. Our voices need to be heard. RSVP played, and continues to play, such an important part in my life.