We are delighted to add to the voices of women across the world on International Women’s Day (IWD), by releasing the two part blog of Lisa a survivor. IWD marks the achievements of women and is run annually on March 8. The day also marks a call to action for accelerating gender equality. Here Lisa talks about how the experiences of childhood sexual abuse changed her life and how she became empowered again.

By Lisa, a survivor.

At 8 years of age my life stopped in a moment; with a single act he changed my life, my future and I wasn’t even aware of it. I knew something terrible and frightening had happened but I didn’t know what it meant on so many levels.

This single act and the others that would follow over the next few years, changed not only my life but me, or perhaps more specifically it made me hide me, suppress me, hate me… so much so that it took me nearly 4 decades to allow that little girl a voice. Little did I know where giving her a voice would take me.

It took me three attempts to visit RSVP; I would call up, have my assessment but when it came to starting counselling I would stall. I would feel such shame and embarrassment. I had survived by denial – it wasn’t healthy but it was what I had to do to be able to get up each day. And I existed of sorts. But over the years the existing had become harder, to a point I couldn’t deny it to myself any longer.

So finally I stepped into that counselling room and spoke. I didn’t know where it would lead, I had no great expectations and I was scared of it making me worse. But what I didn’t realise was that in taking that step, I had taken the first step towards taking back control, towards beginning to value myself and towards finally telling my story and it being heard. 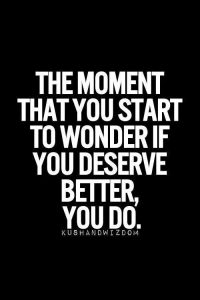 I didn’t immediately notice any change in myself – each week would be hard walking into the building. Some weeks I would want to talk, others would be hard to find the words. But there were moments where I would stop and realise I felt something different, felt a little braver. I was allowing the 8 year old me to talk and with that felt I was beginning to face the nightmares that had haunted me for so long.

Continued in final part, part two. To be published later on IWD.