The Girl Behind the Glass

RSVP is delighted to announce our support of and involvement in new performances, which will be shown as a series of events marking our 40th year of supporting survivors.  Dates and venues will be announced soon too!

Our involvement started earlier in March 2017 when we were proud to support this work-in-progress performance, which used music and drama to challenge misconceptions about sexual assault, by producing some flyers and promoting it on social media. We’re delighted that composer Chloe Knibbs, an activist we’re honoured to be connected with has written this blog for us reflecting on the performance, its impact and the power of art in challenging myths and raising awareness about sexual abuse.

Last year, I had a work-in-progress performance of my piece – “The Girl Behind the Glass” – a piece that used music and drama to explore the aftermath of sexual assault   (for more details, please see: http://thecuspmagazine.com/reviews/girl-behind-glass-review/ )

The piece was made up of singing, cello solos, drama and recordings of my material as a singer-songwriter.  Many survivors talk of feeling like that they have been split in two, that one part remains with the trauma whilst the other part attempts to maintain ordinary everyday life (despite everything feeling anything other than normal). As a result, I decided to make the two singers represent parts of the same person, a visual indication of just how fractured someone may feel in the aftermath of this type of trauma. The piece followed the journey of these two parts of the same person at various points. There was the denial, the withdrawal, the anger, the self-hatred – how the media and responses from others can feed this – the trauma symptoms, and the coming together of these two parts with acceptance and self-compassion.

At the time of writing the piece I felt people did not talk about these issues enough and that those who were brave enough to bring them up in discussions were either ignored or silenced. A lot has changed since then. With an array of media campaigns we have seen many stories of abuse rise to the surface and be heard. And yet, I still feel that society misses so many opportunities to show compassion to those that share their traumatic experiences. So often the scandal of one individual eclipses the bravery of so many people. These scandals also forget that experiencing these traumas is just the beginning. And this is the story I aimed to tell in “The Girl Behind the Glass”. The story of unexpected twists and turns, judgement and shame as someone learns to live with such distressing memories and experiences.

The performance finished with yellow flower petals falling down to the stage floor. It was a funeral of what had been lost. It was grief. It was hope. 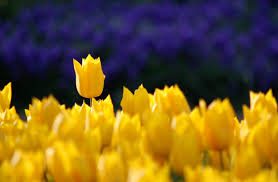 After the performance I gave out feedback forms to all the audience members, with just one question: “How did the piece affect you?”. I was incredibly surprised by the reactions. It turned out there were a number of survivors in the audience, and all had written of how they could connect with the performance and how helpful – also exhausting – that had been. I was massively touched by this, and I think it is the best feedback I could have ever received. The fact that these individuals came to the performance was incredibly brave, and I am so glad they felt they could share their stories with me.

And there was a second surprise. Many of the other feedback forms included sentiments such as “I will rethink how I respond to these issues in the future”. Or “I have an insight into the difficulties people face when trying to cope with sexual assault”. When writing the piece I had hoped it would open people’s eyes, or make them aware of the negative impact certain comments or responses can have. Nevertheless, I did not expect this level of feedback. As an artist, I am inevitably invested in the power of art – for myself, for others, for communities – but I had underestimated it this time. For people to be prepared to rethink and question the normalised responses to rape and sexual assault, gave me an insight into what changes could be made in the future. Perhaps one of the audience members will meet someone who is dealing with these issues, and they will be the voice of compassion that challenges the judgement and stigma. They will be a voice of hope, for the 85,000 women and the 12,000 men in the UK who experience sexual assault every year (https://rapecrisis.org.uk/statistics.php ).

After seeing the impact this performance had I have decided to develop the piece further, responding to the feedback given at the work-in-progress performance. The completed piece will be performed in Birmingham later this year. These performances will be part of a series of events marking the Rape and Sexual Violence Project’s 40th year of supporting sexual violence and sexual abuse survivors, and are being supported by the PRS Foundation’s Women Make Music Fund.