Such Is Life & Never The Same.

Here is the second story from Ann, a survivor and client at RSVP. You can read Ann’s first story ‘The Inspiration To Have a Life’ here. 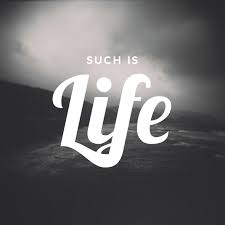 My grandson said these 3 little words to me such a long time ago. It got me thinking of all the years I have locked away my feelings.

So much anger, pain trapped inside, causing so much suffering towards myself. That horrible feeling of being worthless, useless and no good to anyone let alone yourself. Just a waste of space, a waste of air.

Thoughts of having to do good for everyone else, just to be accepted as a human being. Not able to accept praise, the feeling of not being worthy of any. I always felt like the one in the wrong having to take all the blame for other people who had done bad things to me.

So much shame, dirt, ill feelings, ugliness and hate only I could feel for so long. The feeling of being alone even in a crowded room, just there to serve others needs.

From a very young child feeling the pain of lies and suffering, of shame and hurt. Growing up too quick, hoping no-one else ever feels like I do. Wanting to speak out but afraid of being called a liar, told you would be locked away or beaten for telling. I was locked away for not going to school, I was hit by my eldest brother so I was afraid that something even worse could happen. I so wanted to DIE.

Feelings I wanted to share, someone to believe me and try to understand, how this little girl suffered from the age of 3 years old, for so many years feeling like there was no end to her pain.

But she was wrong she found RSVP.